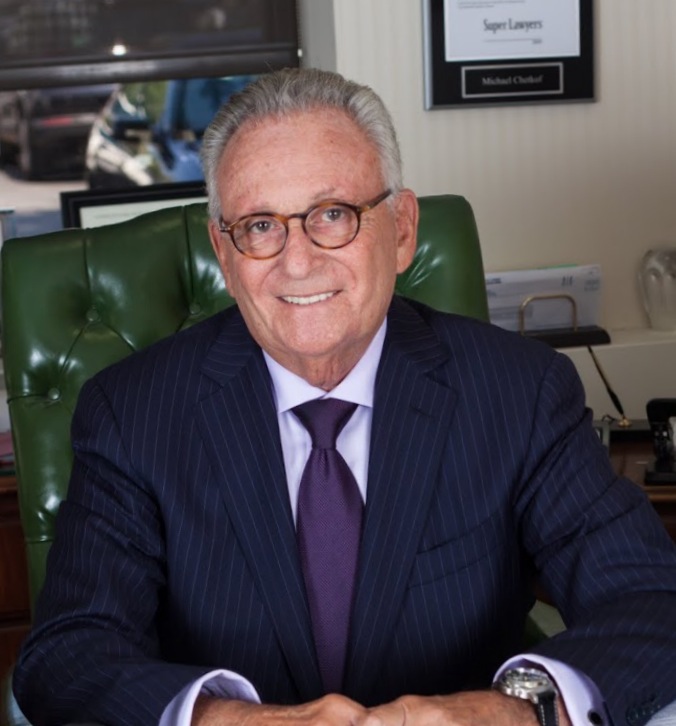 Michael Chetkof, was a founding partner at Saltzman Chetkof & Rosenberg LLP who passed away in March 2020. He was a seasoned trial attorney and highly-skilled negotiator who litigated hundreds of cases and settled hundreds more over the course of his legal career. Well respected by the bench and bar, Mr. Chetkof’s practice over the years included complex matrimonial, personal injury, commercial and insurance defense matters as well as guardianship matters where he was frequently appointed by the court in Nassau County. He was actively involved in many guardianship cases in Nassau County as a certified Court Evaluator and was certified by the Appellate Division, Second Department, as a Court Examiner in guardianship proceedings.  He was selected for inclusion in the 2018 Edition of Best Lawyers in America.

Michael was AV® Preeminent™ Peer Review RatedSM by Martindale-Hubbell® with a 5.0 out of 5 rating, the highest rating available. He had been listed among the top-rated attorneys in Nassau and Suffolk Counties in 2010, 2011, and 2012 by Long Island Pulse Magazine and served as a 'Special Master' in matrimonial cases at the Nassau County Supreme Court Matrimonial Center.

Michael was the attorney of record for a liability insurance carrier for nearly ten years covering the 1970s and 80s, and as a plaintiff's attorney recovered millions of dollars in settlements and verdicts. He has also handled criminal matters including the successful defense of a murder case and other felony matters. Over the course of his career, he had the honor and privilege to share his knowledge and expertise with many organizations. At the time of his passing, Michael was a Barrister of the New York Family Law American Inn of Court and served as an arbitrator for the Office of Court Administration's Matrimonial Fee Dispute Panel.

Michael has also previously served as an arbitrator in the Supreme Court, Nassau County, as part of its 'Early Neutral Evaluation Program'. Earlier on n his career,  he taught business law to students at the State University of New York at Farmingdale, and represented his community in various capacities, including service on the Board of Directors of the Commack Jewish Center where he has acted as the organization’s attorney and as a member of the Board of Managers for the Lido Beach Towers. He has also been a local Chancellor Commander and 15th District Deputy Grand Chancellor of the Knights of Pythias.

See our profiles at Lawyers.com and Martindale.com